Just south of diverse Yellowstone National Park lies a park built around one thing: the craggy peaks of the Teton Range. If ever a mountain range deserved a whole national park, the Tetons are the most worthy!

Established in 1929, Grand Teton National Park includes the high peaks of the Tetons, several glacial lakes, a chunk of the meandering snake river, a historic Mormon settlement district and plenty of outdoorsy opportunities — from camping to hiking to boating to fishing and more.

We started off our time in the park with breakfast at the Mural Room in the Jackson Lake Lodge. It was raining when we arrived, but as we sipped our coffee, the clouds rolled away, exposing one peak at a time: South Teton, Middle Teton, Grand Teton, all the way to Mount Moran. 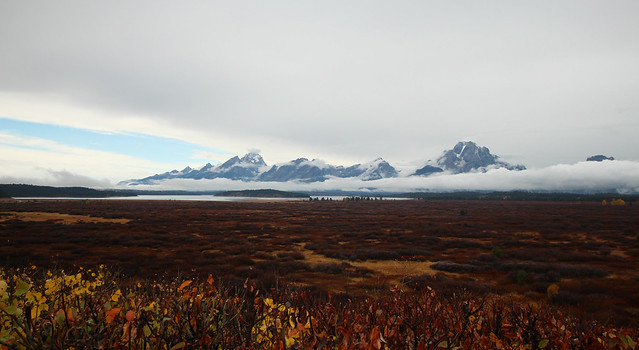 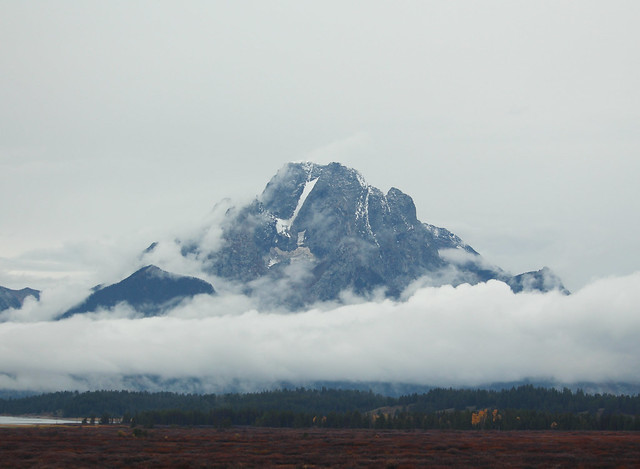 The Willow Flats were in full fall mode — gorgeous reds and yellows lead to Jackson Lake, which sits at the base of the Tetons. 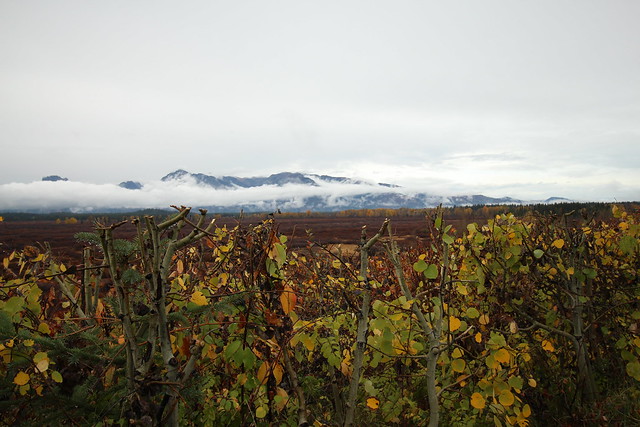 After breakfast, we headed down to the Snake River Overlook, where Ansel Adams captured the epic beauty of the river and peaks in haunting black and white photographs back in the 1940s. 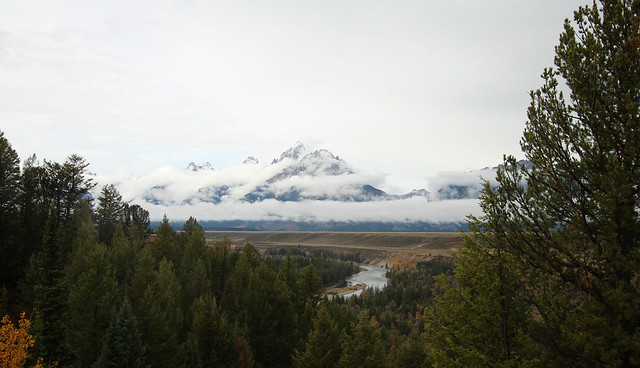 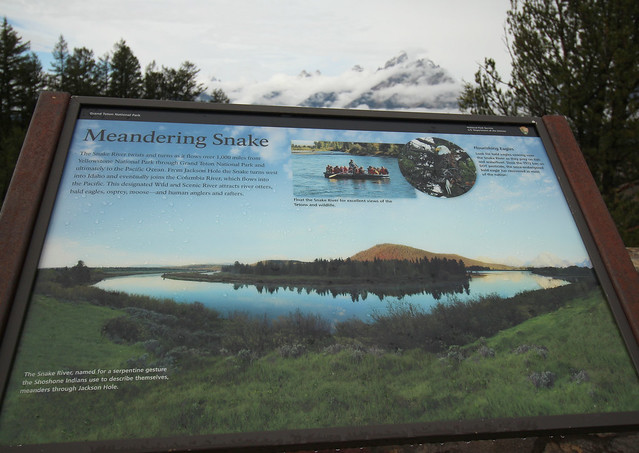 Next we headed to Mormon Row Historic District, featuring several homesteads from the late 1800s and early 1900s. The most famous of the buildings is T.A. Moulton’s barn, which is framed perfectly by the rising peaks of the Tetons. 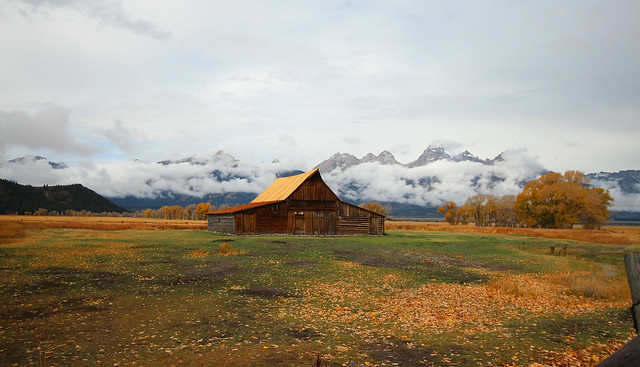 While it wasn’t easy to tell it was fall in Yellowstone, the season’s colors were definitely showing in Grand Teton. Even though it was only October 2, the aspens were a brilliant yellow and not far from completely losing their leaves. Nowhere was the season more evident than on Mormon Row. 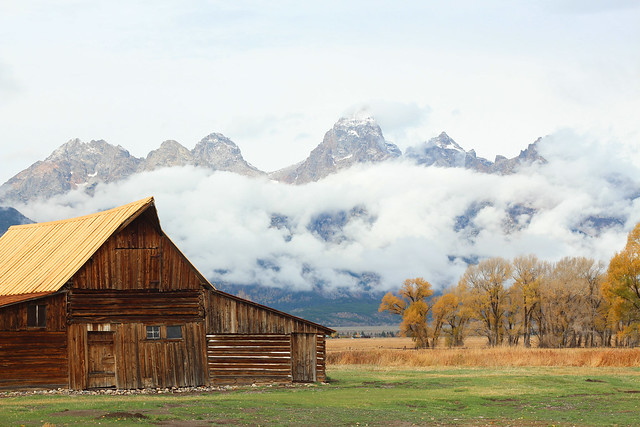 It was a reminder that fall is my absolutely favorite season! And of course I had to wear my best fall outfit: 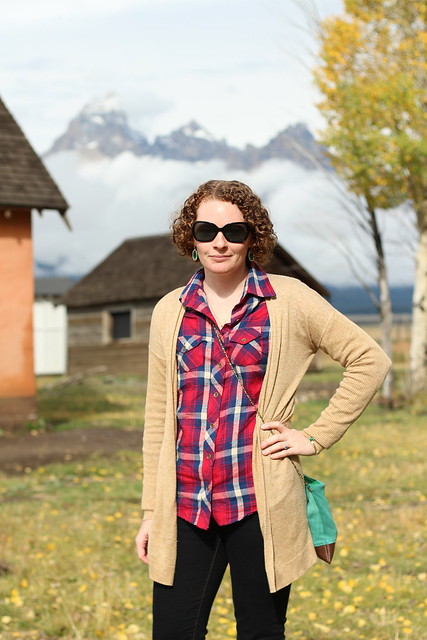 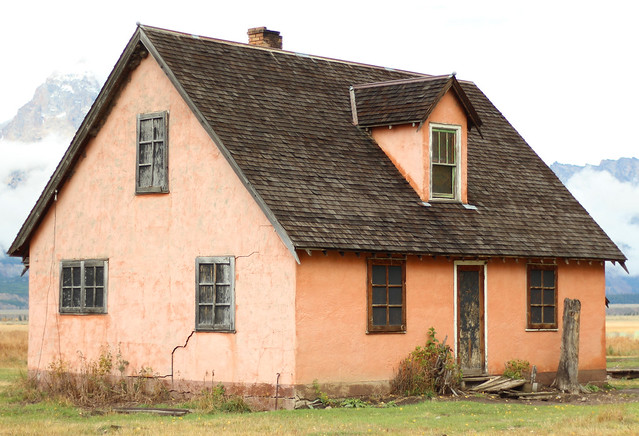 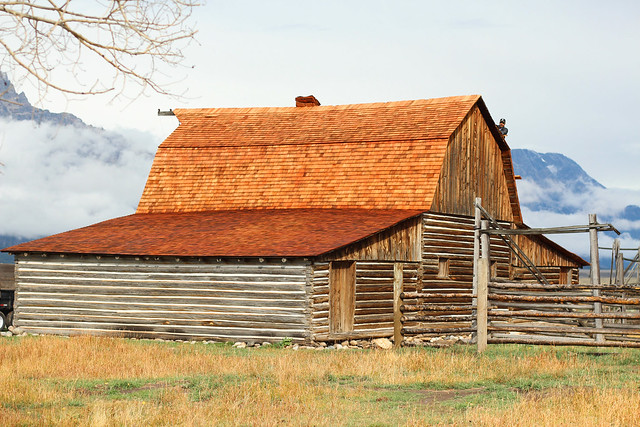 John Moulton’s barn — the less popular of the Moulton barns.

After wandering around the old buildings, we got a little closer to the mountains. We went on a short hike around String Lake and then stopped at Jenny Lake before heading into Jackson Hole. 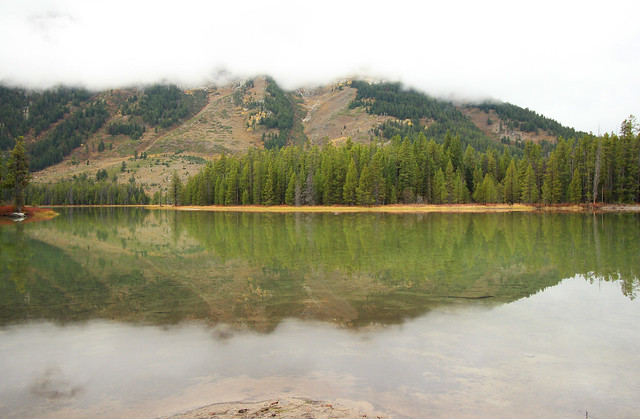 Unfortunately the clouds were too low to see the peaks. But the lakes were clear and lovely and brilliantly reflective. 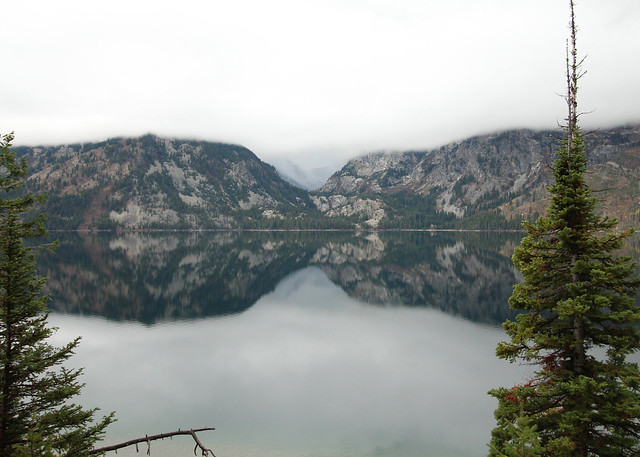 Jenny Lake is one of the larger glacial lakes at the foot of the Tetons. It’s also one of the deepest! It was created by glaciers that pushed rock debris down through the canyon. 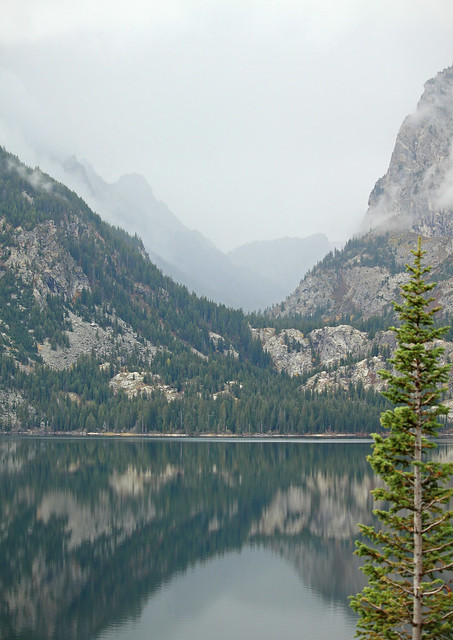 The clouds eventually moved enough to give us a peek into Cascade Canyon.

We ended our day in the area in Jackson, a very wild west town, or a town that at least tries to evoke the wild west. 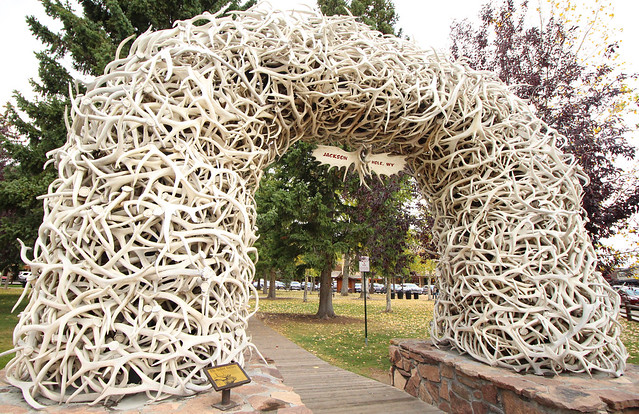 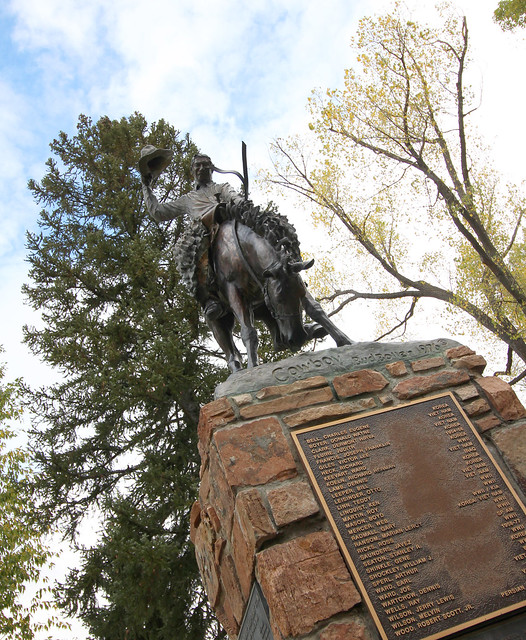 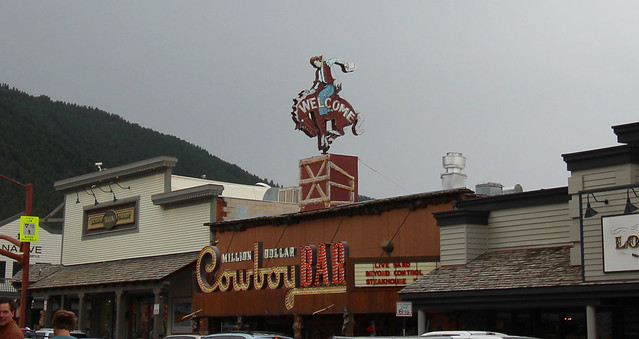 The “hole” feeling of the area is very evident — I can see how the valley received the name. Our last stop received its namesake from the winding river that runs south, past the Tetons into Jackson: Snake River Brewing Company, a worthy place for a drink if you like beer. 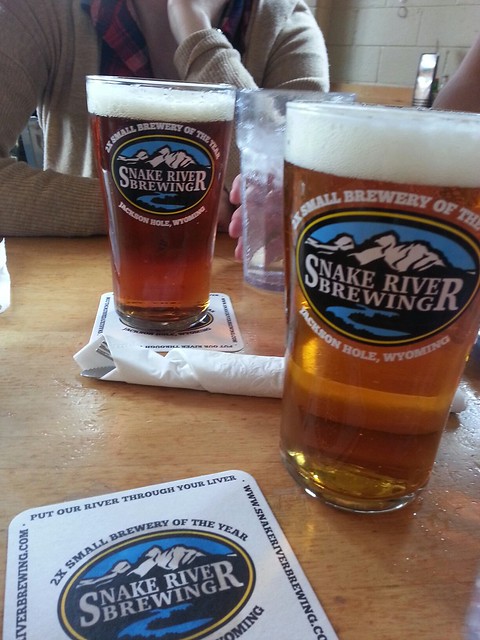 The Tetons are quite possibly the most beautiful mountains I’ve ever seen. After seeing them from a distance for several days prior (from Highway 29 heading to the West Entrance of Yellowstone and from atop Mount Washburn), it was nice to see them up close! Even though the day was relatively cloudy, we thoroughly enjoyed the landscape. The jury is still out on Jackson Hole though.