On my 31st birthday, I became acquainted with something magical: hoodoos. Not the folk magic, or the gurus (in the form of an Australian new wave band), but one of the funkiest geological features that some say look like Queen Victoria or Thor’s Hammer if you look close enough. 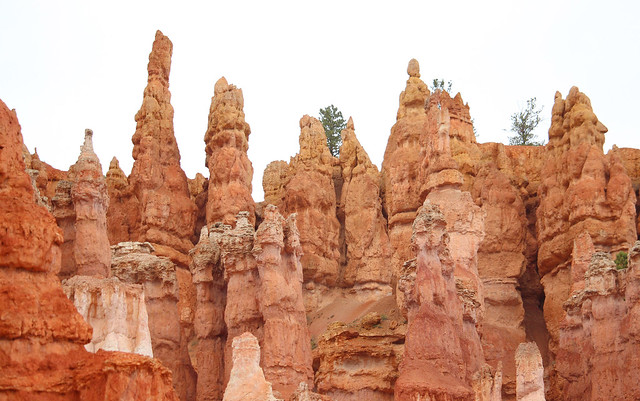 That’s Victoria on the far right. I think.

We packed up and headed out of Moab, getting to know more of the Utah landscape (including Big Rock Candy Mountain) as we headed towards our next national park: Bryce Canyon. A lesser known park, Bryce Canyon is actually not a canyon, its an amphitheater (or, multiple amphitheaters). But it IS the largest collection of hoodoos — spires created by erosion — in the world. The National Park Service website says there is no place like it, and after seeing it with my own eyes, I’d have to agree.

When we arrived at lunchtime, it conveniently started to pour. So we did what any good pseudo-hikers do in inclement weather: settled into the Bryce Canyon Lodge dining room for a some lunch and local beer. After about two hours the rain slowed to a slight mist, so we decided to embark on our three-mile Queens Garden Navajo Loop trek, heading down from Sunset Point and ascending to Sunrise Point. 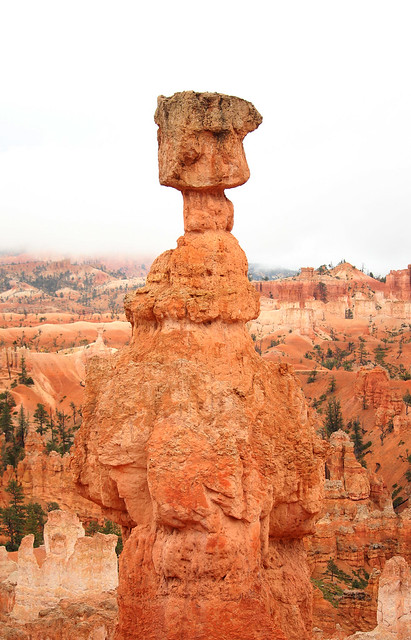 Thor’s Hammer, as the low-hanging clouds (I guess at 8,000+ feet they’re not necessarily low-hanging) continued rolling through. 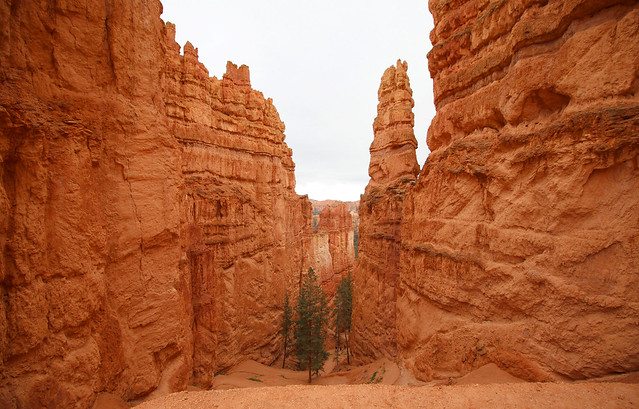 Sadly, the narrow Wall Street section was closed due to the wet weather. We enjoyed the switchbacks of the alternative descent, although it was still a bit slick as we heading into the amphitheater. By the time we reached the bottom, the clouds parted and we got our first glimpse of blue skies and sunshine. The change in light revealed a deeper red shade of the limestone. 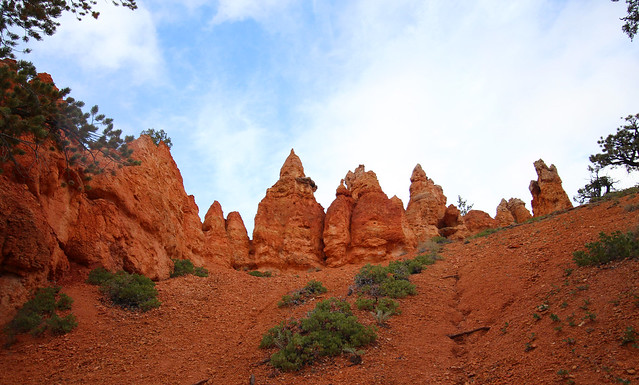 Maybe it was the weather (or the fact that it was a random Monday afternoon in October), but the trails weren’t crowded at all. We didn’t pass all that many people until the latter half of the hike. We took our time, meandering through the hoodoos of all different shapes and sizes.

Queens Garden is tucked off the main trail but worth a stop, although I didn’t see any faces until looking at our pictures later. 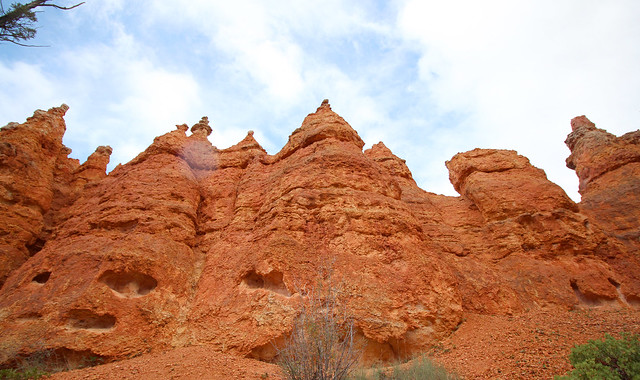 Maybe because I was looking at it from the wrong angle.

But there’s plenty of little nooks and crannies to enjoy throughout the entire excursion. It’s a pretty easy trail too — beyond the initial descent and final ascent, the majority of the trail is relatively flat. 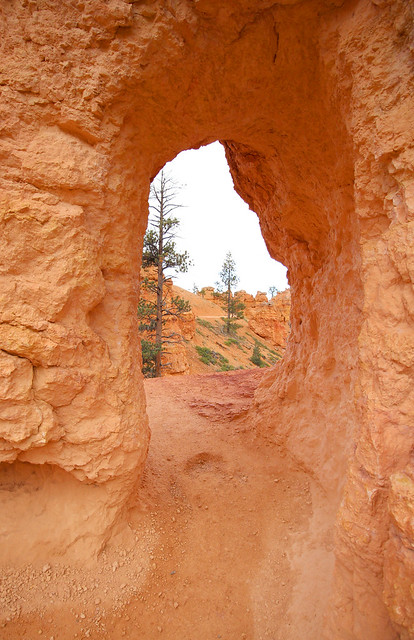 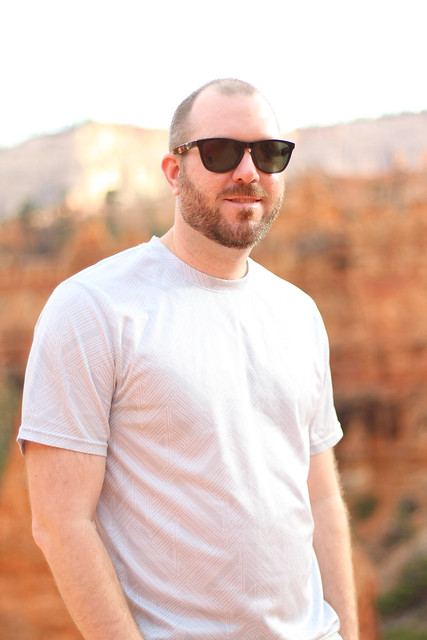 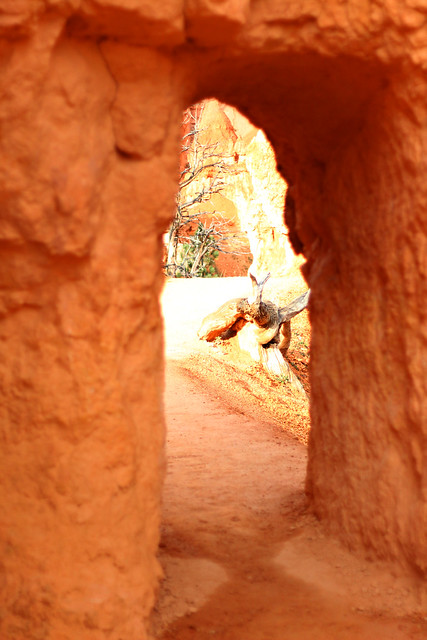 That is a reminder though — to get out, you have to go back up! We finished off the hike at Sunrise Point, with gorgeous colors streaked across the sky as storms passed in the distance and the sun began to make its way towards the horizon. 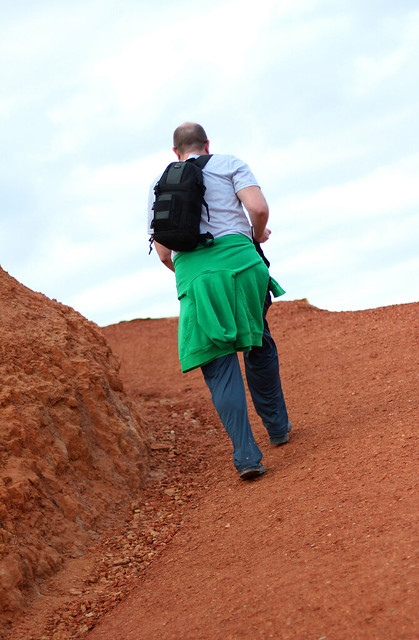 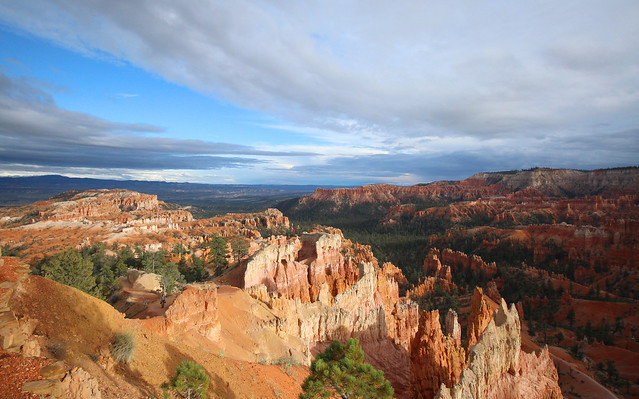 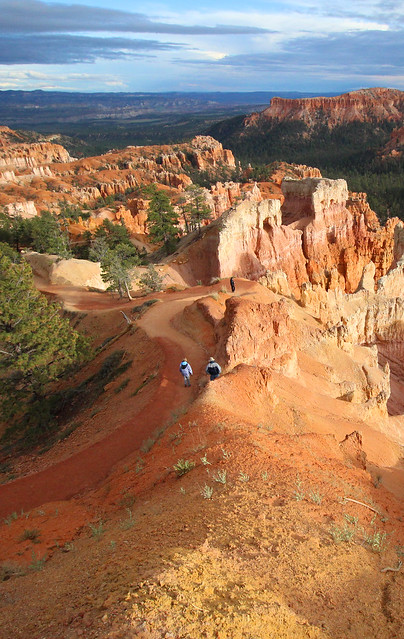 The view from the rim is just spectacular. I initially wondered if Bryce would be worth the detour on our way from Moab to Zion, but it most definitely was! It’s like being in another world or on another planet.

Bryce is the kind of place you need to actually visit to get a feel for the size and uniqueness of the place. I hear it is gorgeous in winter too — although SUPER snowy! 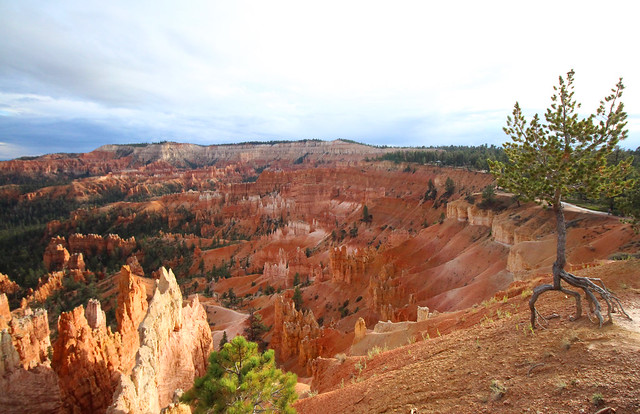