When Brigham Young and his Church of Jesus Christ of Latter-day Saints crew happened upon the valley where Salt Lake City sits in 1847, the isolation of the area appealed to them and they settled immediately. Surrounded by the city’s namesake, the Great Salt Lake, and two mountain ranges (the Wasatch and Oquirrh), it’s afforded quite the protection, which comforted the persecuted Mormons. 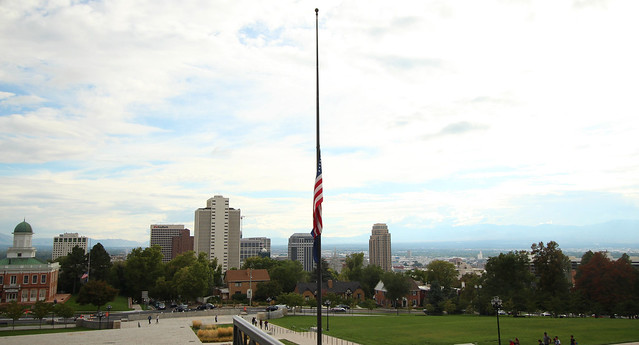 Today the city is Utah’s biggest and a thriving metro area, popular mostly for skiing and the Great Salt Lake. And of course, the headquarters of the Mormon Church. We headed into the city on the day that the Church was swearing in three new apostles. We didn’t realize this until we drove towards Temple Square and saw thousands of people in suits and nice dresses swarming the area. By some amazing stroke of luck, we managed to find parking across from the square. In shorts and a short-sleeved v-neck shirt, I felt a bit under-dressed and like I stuck out like a sore thumb. It took awhile, but we finally wove our way through the throngs of people to get in front of the mighty Temple.

Brigham Young and his settlers designed the city in a grid system with a 10-acre square sitting in the very center. The Square includes Brigham Young’s historic home, the Beehive; several visitors centers; as assembly hall; the home to the Tabernacle Choir; and a bunch of other buildings, including the most famous of all: The Salt Lake Temple. 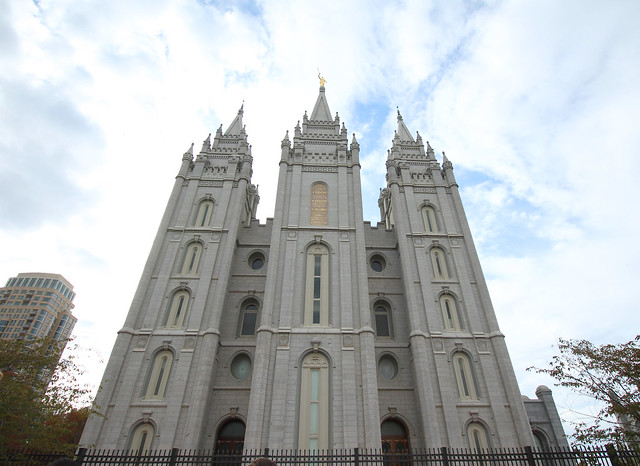 The Temple itself took 40 years to complete, finally opening in 1893, three years before Utah became a state. The 200,000+ square foot building is made of granite that was carved out of nearby Little Cottonwood Canyon. The Gothic and Romanesque features and the six spires — with the Angel Moroni sitting atop the highest — are instantly recognizable across the world. 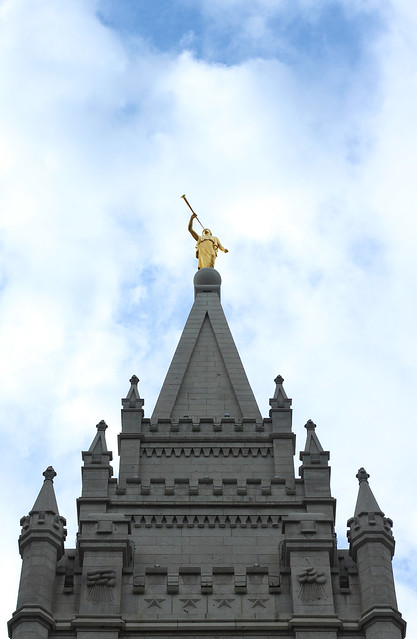 A reflection pool sits directly in front of the Temple, which is fenced off and not open to the public — only to those who have met certain church requirements. I’m not entirely sure what the requirements are, because I know I’ll never meet them! I don’t mind admiring the building from outside though. And on this particular day, we enjoyed the outside with thousands of Mormons. Definitely not the Temple experience I was expecting! 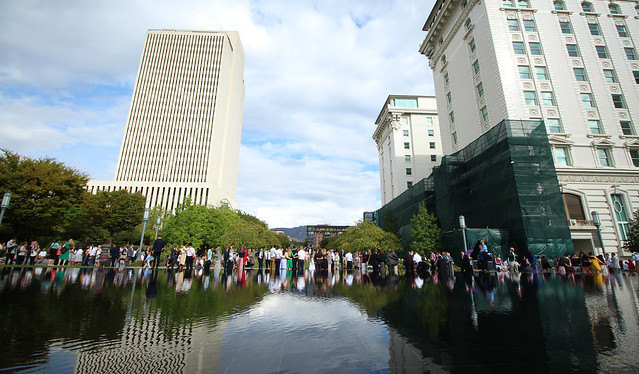 To get away from the crowds, we headed towards the Utah State Capitol, which we could see peeking out of the skyline only a few blocks away.
A few very steep blocks, apparently.

After an uphill trek, we arrived at the classical building, made of granite (notice a theme) and outfitted with 52 columns. 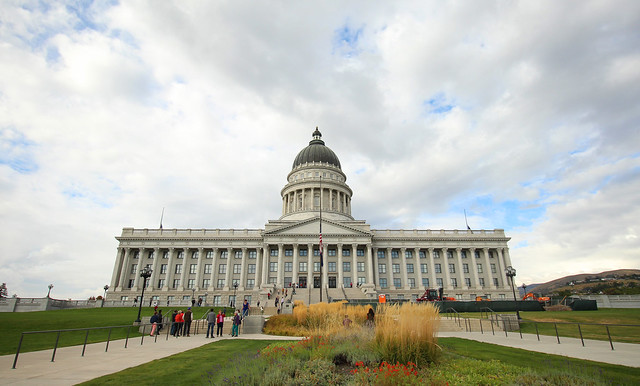 There was a surprising amount of tourists there. They probably were also trying to get away from the crowds. After taking in the architecture, we headed up the stairs to get a lovely view of the city and surrounding mountains. 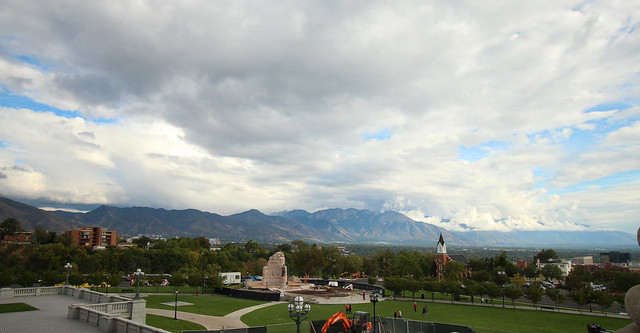 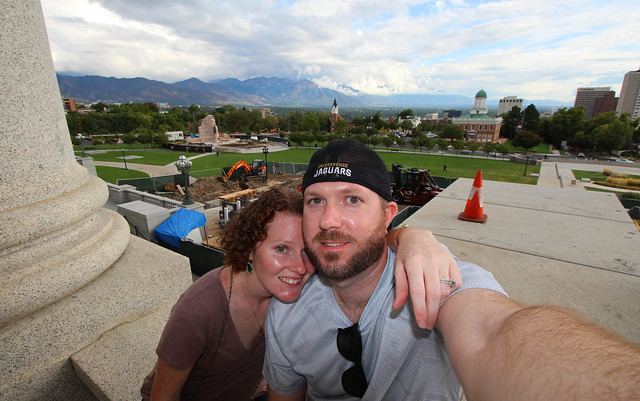 The Capitol was our final stop in the city. We quickly headed out of town and away from the crowds. Take note — if you’re going to visit Salt Lake City, make sure there isn’t a major convention going on (unless you’re going there FOR the convention).

One thought on “Seeing the sites in Salt Lake City”