The best views always require a bit of work. I’m not sure if they’re better because you worked for them, or if it’s just the nature of landscapes — you can see more from the top, but you have to get there somehow.

After light research into day hikes that gave the most bang for your buck, I quickly settled on the Dunraven Pass to Mount Washburn hike. At six miles, it was a longer trek that wasn’t TOO long, was easily accessible and promised 360-degree views at the top. The cashier at the gift shop that rang up our insanely expensive bear spray confirmed that we picked a good one.

We arrived at the Dunraven Pass parking lot shortly before 12:30 pm. There was a light yet steady rain falling on the cool, first day of October, which probably explained the lack of cars in the parking lot. From what we could tell, there were only a handful of hikers up on the hill.

We donned our fabulous bright green ponchos, threw on our cooler backpack and camera bag, and trudged up as the rain came down.

Luckily after about 200 feet of steep incline, the rain stopped and we were able to continue in a relatively dry environment. We were immediately treated to lovely views: the Grand Canyon of the Yellowstone, Yellowstone Lake, rolling yellow hills. It made our acclimation to the altitude a bit more enjoyable. 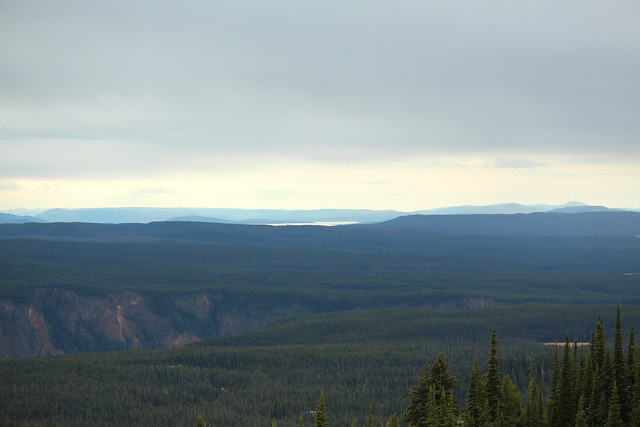 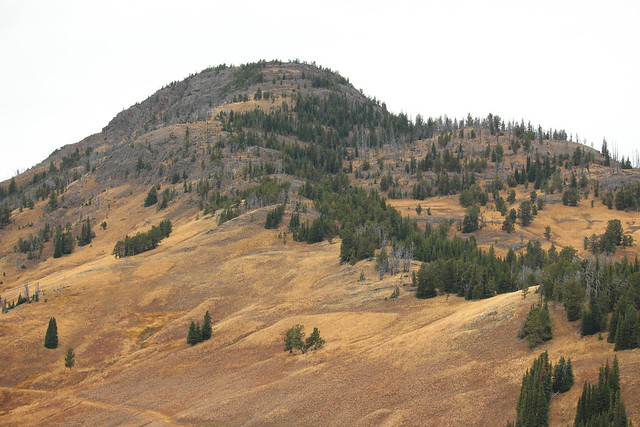 There are two paths to the top: Dunraven Pass and Chittenden Road. We opted for Dunraven Pass. Even thought it’s a mile longer than its counterpart, it’s slightly less steep (both gain about 1,400 feet) and supposedly more scenic. Both paths converge near the top and lead to a still-in-use fire lookout at the peak.

During fire season (June-late September), there is someone who lives up there. I was fascinated by this article on Ed Stark, who celebrated 10 years as the Washburn lookout this summer. I don’t think anyone was living there by the time we hiked up, but there were several workers up there doing something. 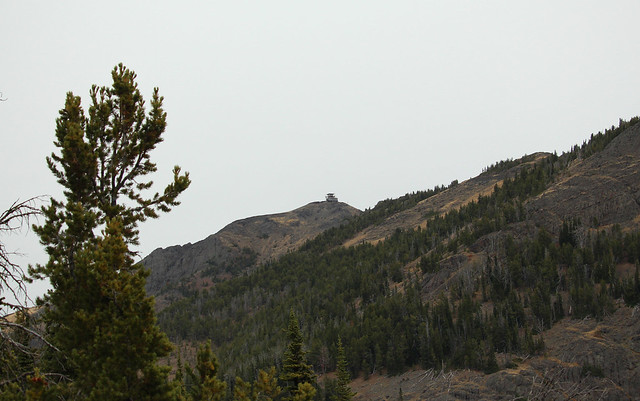 We could see the lookout at different parts of the hike, serving as an indication of how much farther we had to go. The hike starts at 8,000+ feet and goes up to 10,243 feet, but despite us sea-level Floridians not having much exposure to elevation, we fared pretty well. We did take ibuprofen before heading up, which probably helped, although we still were breathing a bit harder than normal as we rounded to the very top. 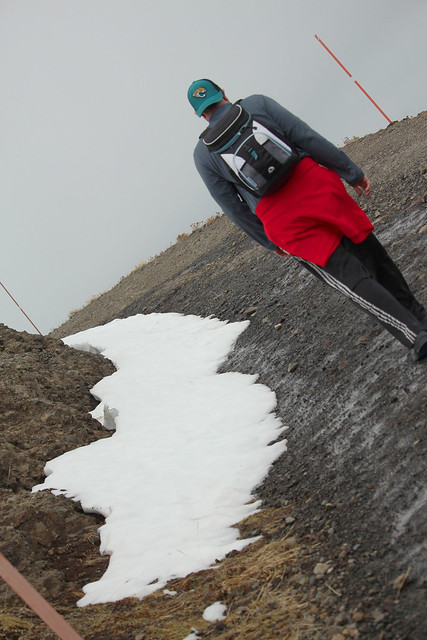 I was hopeful we would see a little snow at the top and was not disappointed — although this patch was all there was. And if you can’t tell by this picture, the rain clouds were moving back in. By the time we rounded that final corner, it started pelting down again, made worse by a whipping wind. 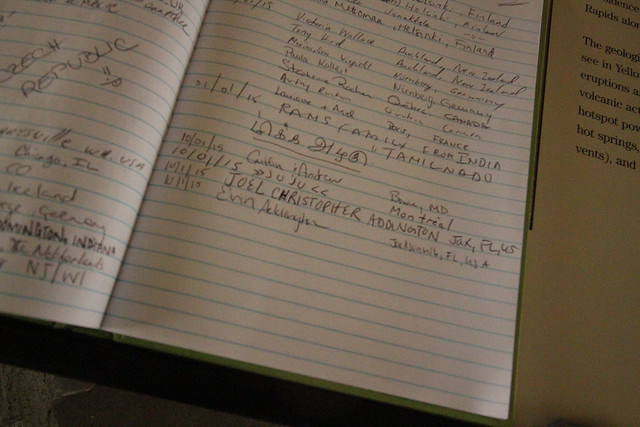 Luckily, since there’s a fire lookout, we had shelter to protect us. We eagerly signed our names in the register before devouring the delicious sandwiches we picked up at the Lake Yellowstone Hotel deli. I was so hungry, I probably could have eaten a second sandwich.

By the time we finished eating, not only did the rain stop, but the clouds cleared, giving us the most spectacular views. I mean, absolutely spectacular. Mountains as far as the eye could see. Gorgeous fields of gold. The Grand Tetons hazily rising in the distance. Lake Yellowstone sparkling in the sun. The path we took up now gleaming below us.

Any huffing and puffing and jelly legs — so worth it. You just can’t beat a view from high above everything else, from what feels like the top of the world! 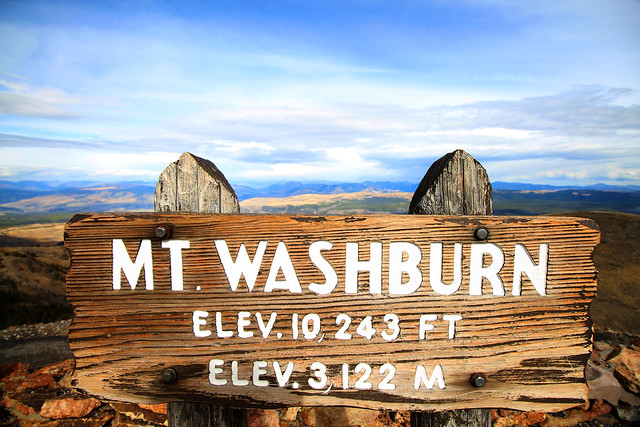 When I look at the pictures we took, it looks like one of those fancy Instagram or VCSO filters has been applied. But these are definitely #nofilter shots — just nature’s infinite beauty. 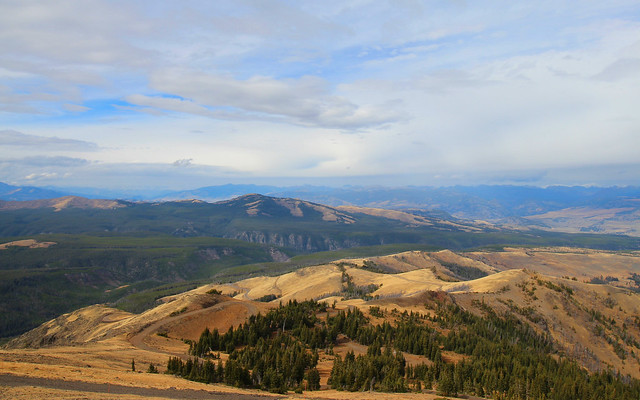 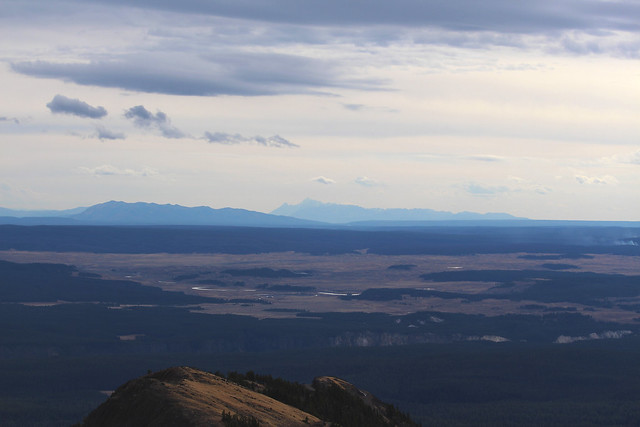 Those are the Tetons to the right! 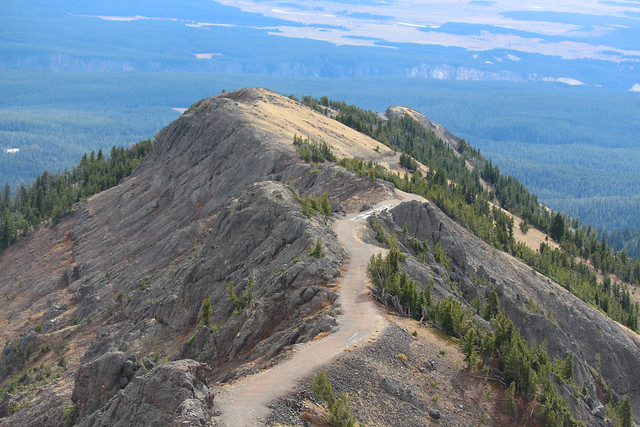 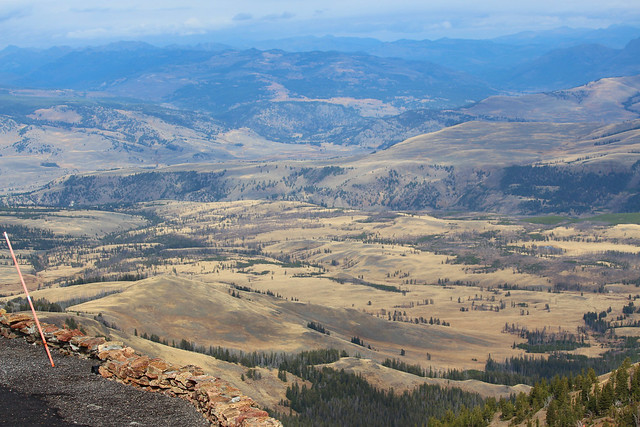 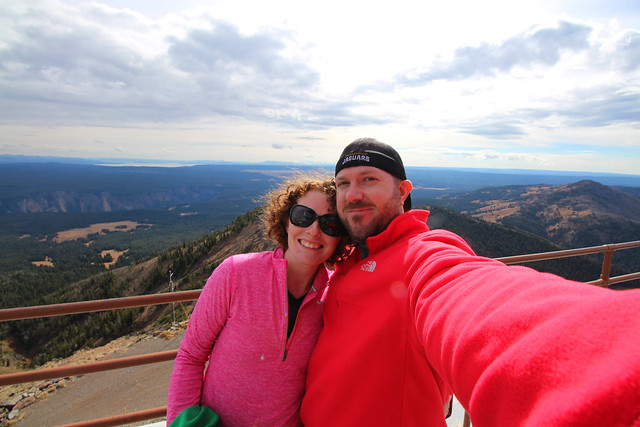 Despite the bright skies, the temperatures had dropped to what easily felt like the 30s! We braved the chilly temperatures to take some pictures before heading back down (making sure we went down the right path — sometimes people don’t return the way they came and are stranded five miles down the road from their cars). The farther down we got, the warmer it became. The blue skies stuck around, and besides a brief large animal scare (it was just a deer, but I definitely had the bear spray ready to go), the downhill trek was absolutely fabulous. 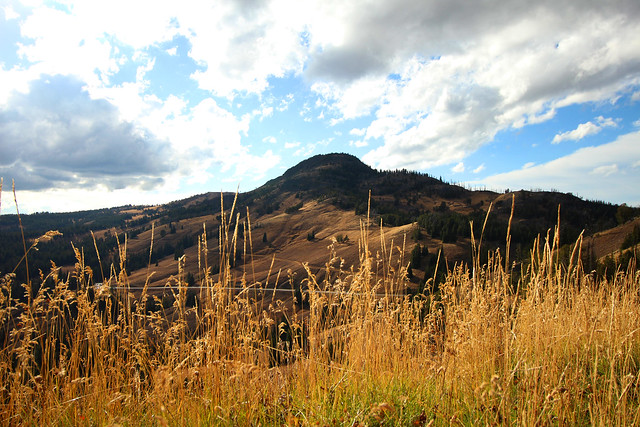 This hike remained the high point of our trip — tough on the legs and lungs but easy on the eyes!