When Joel and I moved into our new (old) house, we had high expectations… for our ability, the ease of completing projects, how much things would cost.

A year later, we’re slightly wiser. Emphasis on slightly. We did successfully do simple things like painting the entire interior, some of the exterior, and landscape the front yard. That said, we recently took on our first bigger DIY project, the task of building a patio in our backyard, and learned many lessons along the way. The handiest of people, we are not.

Here are some of our tips:

1. Don’t overestimate your ability, or, set your expectations lower. We first planned on building a deck. Our backyard has no place to hang out — we spent plenty of time on the front porch, but the only place to sit out back was the back steps, which basically fit 1.5 people. But after considering the price, time and permitting process (we do live in a historic district), we decided a patio would meet the the same needs but be much easier on our wallets and backs.

After we bought all the materials for the patio, I recall remarking “we should be able to finish this easily in one day.” I know, as soon as you say it, it becomes impossible.  But after we spent the first day just digging the hole for the patio, I realized just how sadly mistaken I was. Which leads to tip #2…. 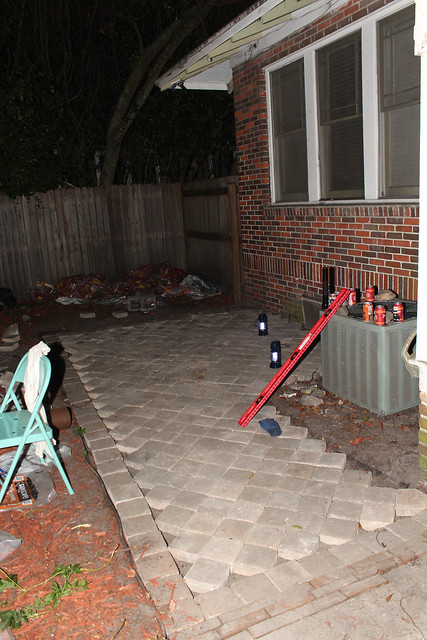 The end of weekend one… a good chunk completed but more work to be done!

2. Expect everything possible to go wrong. Because it will, especially if you don’t expect it!

When we started digging, we discovered roots (duh, there was a tree only 10 feet away). But it definitely threw us for a loop. We had to forget about our plans for a perfect patio and settle for one that worked around the issue. And now that our patio is only mostly even? No one cares, it’s still an awesome patio! 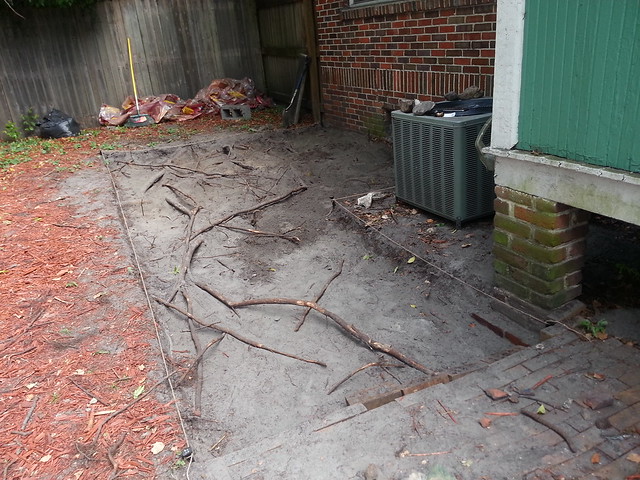 We ended up renting a paver saw to split the stones that went around the perimeter. Day one, we split about half of what we needed before it stopped working… and never started back up again. We returned in to Home Depot, which only had one… so on Sunday we had to go to another Home Depot and rent another paver saw to finish the job.

And those were just the main problems we had. There were plenty of other small issues that aren’t worth getting into!

3. Overestimate the amount of materials you need. Nothing’s worse than running out of leveling sand only to visit several nearby home improvement stores and discover they’re 100 percent out of leveling sand (seriously,  who bought all the leveling sand on Jacksonville’s Westside over Memorial Day weekend???). We eventually found a store that had some in stock but we wasted three hours on our trip to find some.

It also took us two 40-lb containers of joint sand to fill in the spaces between the pavers.

We did not run out of pavers though.

4. Know your limitations. I read on the Internet that splitting stones wasn’t that hard with a chisel and hammer… so I set out to split 30+ stones by hand…

I worked on one stone for at least 30 minutes. It was nowhere near splitting as and in the process, I cut open my knuckle. Even after throwing the stone down in frustration,  it didn’t come close to splitting. As I mentioned earlier, we eventually rented a paver saw to get it done. So. Much. Easier.

5. Be proud of your work. Yea, it took two FULL weekends (one three-day weekend and one two-day weekend) plus one weekday afternoon to complete. And it left me with minor physical scars and slighty larger emotional scars. But we built that patio with our bare hands and that feels damn good! 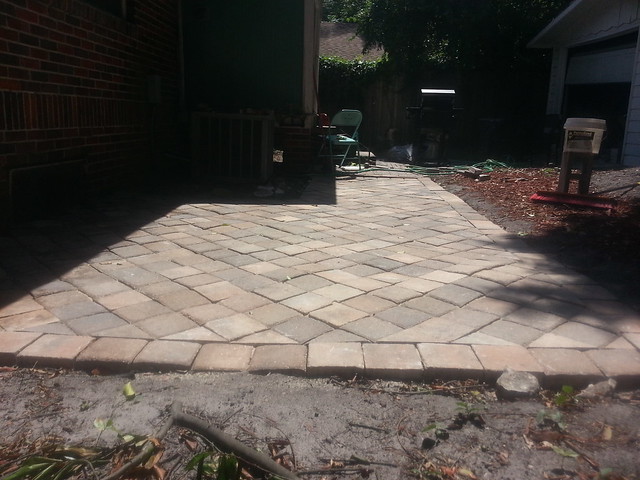 After finally finishing it! 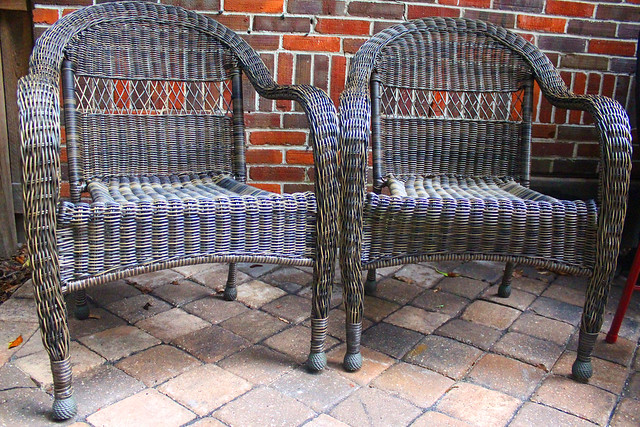 Now we have a place to relax in the backyard. 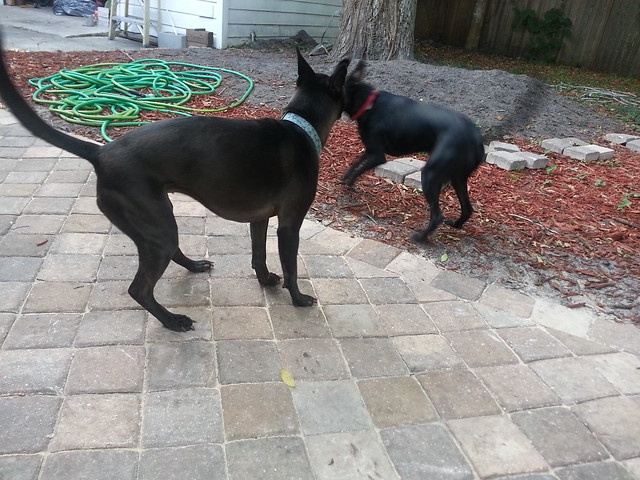 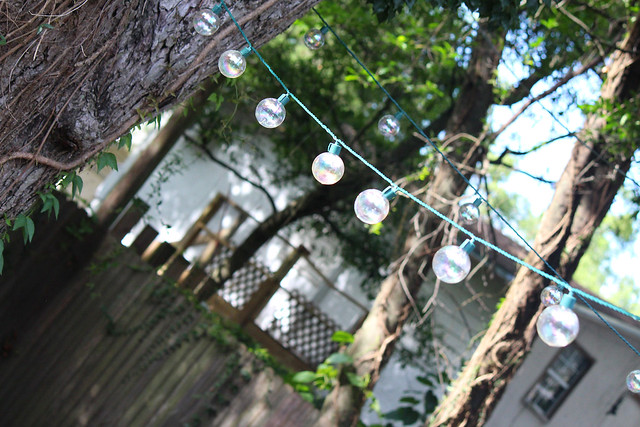 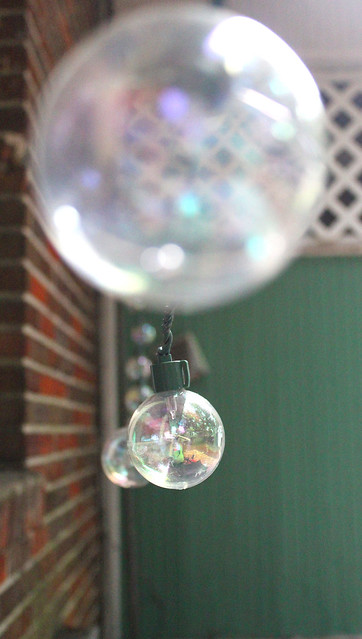 We strung up some lights for ambiance (and, of course, light).

If you’re interested in building your own patio, I followed this tutorial from Lowe’s. Do you have any tips for DIY home improvement projects or building a patio?