In September 2008, I came home from work one afternoon to find a dog in our apartment. Joel and I had talked about getting one for a little while and he took it upon himself to find a dog that a family didn’t want anymore and brought her home. We named her Miko, meaning Shinto Princess, or something like that.

A little over six years later, I came home one November evening, after getting off work and going in for a haircut, to find another new dog in our house. 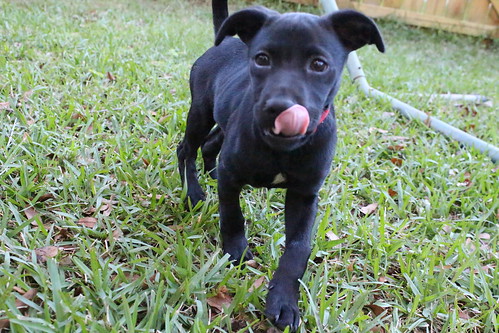 Joel and I (again) talked about getting a dog for awhile, but put it off until after we took our several-week jaunt to the West Coast and traveled a bit more over the following weeks. I insisted we at least wait until we get home from our first anniversary trip to St. Augustine.

The day we got back, Joel started looking at the local shelters and suggested we go check out the Jacksonville Humane Society. We headed there that day and later that week to see what kind of dogs they had and try to find a good match for our sweet but neurotic six-year-old lab/pit mix. We didn’t have too much luck, so I kind of had an inkling when I got home that Thursday night that Joel had taken matters into his own hands (again). Sure enough, I walked in to find him holding a little nine-week-old black lab mix puppy he picked up from the Baker County Animal Shelter.

The first week or so was challenging because Miko wanted absolutely nothing to do with Hattori. She mostly ignored him. Unless he got too close, and then she snapped at him. She spent a lot of time giving us this look: 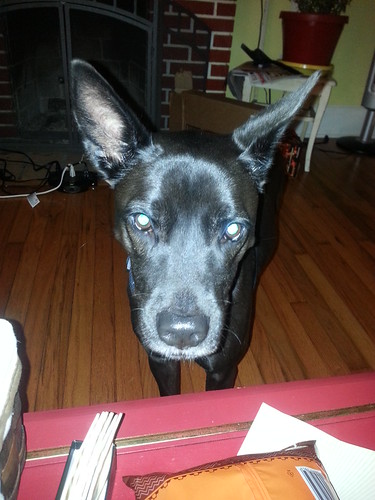 But, fear not. They are best friends now. Well, mostly best friends except for when Miko doesn’t have the patience for an obnoxious pain-in-the-butt puppy. They play together all.the.time. It looks a lot like this: 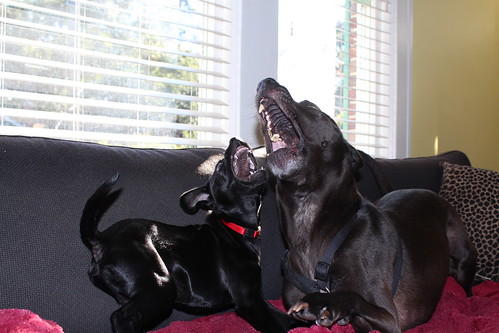 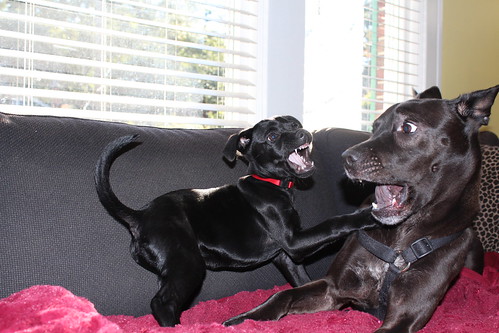 Sadly, black dogs spend longer in shelters — its called Black Dog Syndrome and it is unfortunate. I was surprised to find this out while watching the silly yet adorable Cause for Paws on Fox Thanksgiving night. I can’t imagine people wouldn’t want sweeties like this: 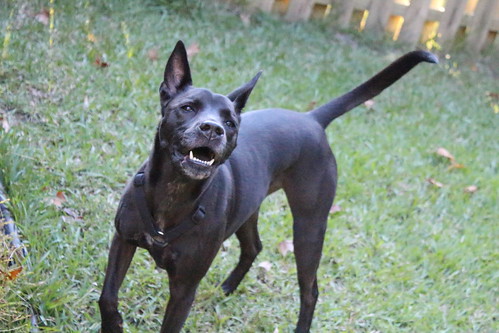 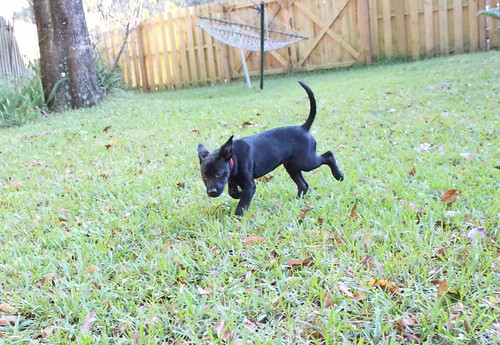 Meet Barrett, my parents dog, named affectionately after Syd Barrett, who died around the time he was born. Syd Barrett was a crazy musical genius. Barrett is just crazy.

Kona was named after the town in Hawaii because he was born while we were spending Christmas vacation on the Big Island. He was the laziest dog you’d ever meet, with an intense love for cheese and prosciutto. If you couldn’t tell by how chubby he was. But back even before Kona, there was Dominic (dad) and Claudio (son), our dogs from my early childhood.

Now, our little family is complete. And now, our lives look a lot like this: 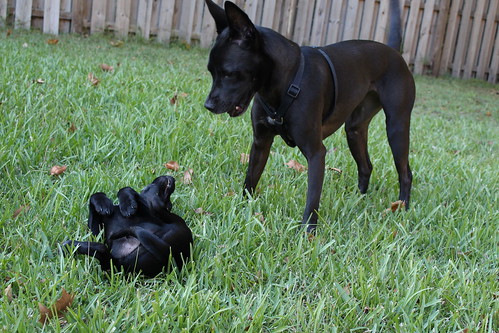 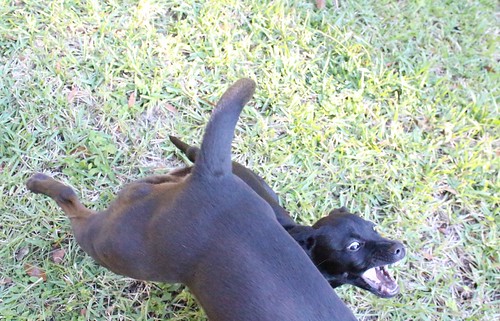 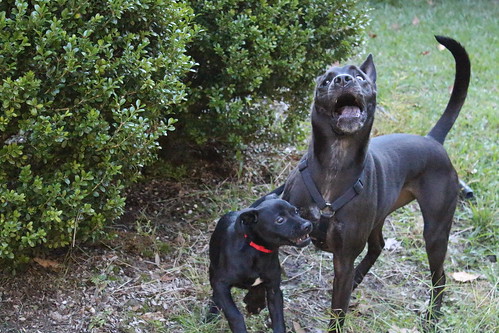