The Hoover Dam sits in two time zones, two states and separates a lake (Mead) and a river (Colorado). And it is one impressive feat of mankind.

As we left Las Vegas on a hot Friday afternoon, we had one stop between us and the Grand Canyon. It wasn’t too far out of the way and turned out to be a worthy detour. Did I mention it was hot though? Not the humid, thick-air type of hot that we are used to in Florida, but a heat that makes you feel like you’re a piece of bread, about to have the moisture sucked out of you while you’re outer layer crisps into an unnatural shade. 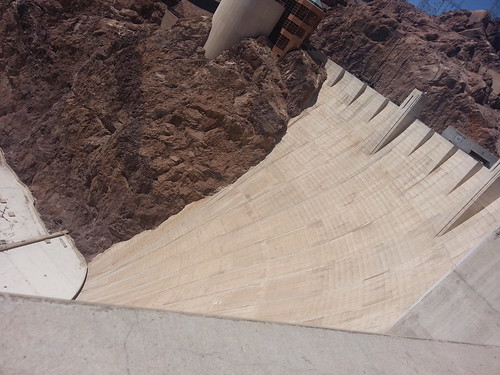 After leaving the Vegas city limits, we headed into Boulder City and wound our way around the thick red walls of Black Canyon, went through a checkpoint (the Dam has its own police, apparently) and finally made it to a parking deck set in the side of the canyon. I read that there’s free parking on the Arizona side, but honestly, the garage was the coolest place near the Dam, which made every penny (or dollar. It was $10) worth it.

Limited traffic crosses the Dam (its just for visitors the the Dam) due to concerns of attacks (hence the police). The main thoroughfare for crossing the Colorado River is now the Hoover Dam Bypass, a concrete arch bridge, that takes Route 93 traffic between Nevada and Arizona. 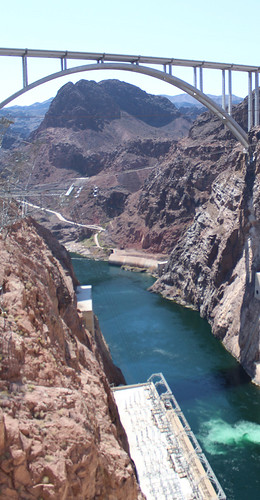 The dam itself is concrete in an arch-gravity style, built by thousands of men, most of who were out of work during the height of the Great Depression. They had to clear away weathered rock, soil, etc. to ensure the dam would be supported by the canyon walls, which bear the brunt of the dam’s weight.

How much concrete is in the dam? According to the Bureau of Reclamation, which runs the dam, enough to pave a standard highway 16 feet wide, from San Francisco to New York City. So, a lot.

Despite being built in the Black Canyon, the dam was originally named the Boulder Dam. It was authorized by President Calvin Coolidge, built mostly during Herbert Hoover’s disastrous presidency, and, finally, dedicated by Franklin Dr. Roosevelt in 1935. In 1947 it was officially named the Hooer Dam by Congress.

The building of the Hoover Dam created Lake Mead, a massive reservoir and a popular recreation spot. The white “bathtub ring” above the waterline in the picture below is due to the drought that is plaguing the area :(. 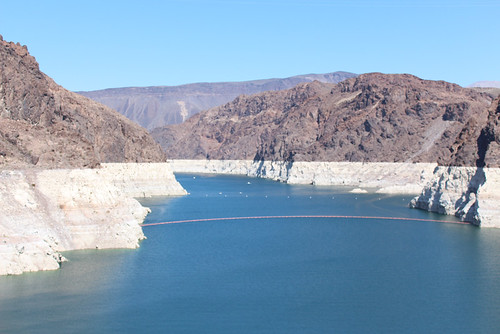 Beyond the Dam itself, there’s a number of monuments, plaques and other art.

The Colorado River Basin, consisting of the river and its tributaries, extends to a number of Western states: California, Nevada, Arizona, Utah, New Mexico, Colorado and Wyoming. They all have an interest in the Hoover Dam project through the Colorado River Pact. Which explains why all of those states are part of one of the displays outside the dam. I took a picture of the Wyoming plaque for my friend Sara, who was born in Wyoming: 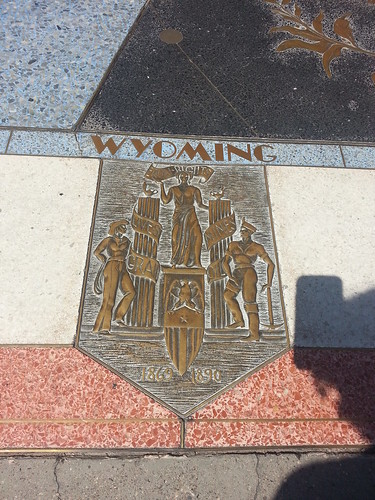 The main attraction, IMHO, is the United States flag flanked by the Winged Figures of the Republic. Its supposed to be good luck if you rub their feet. 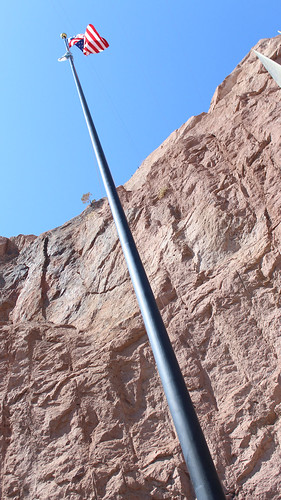 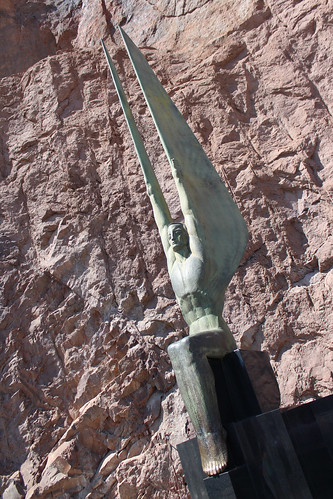 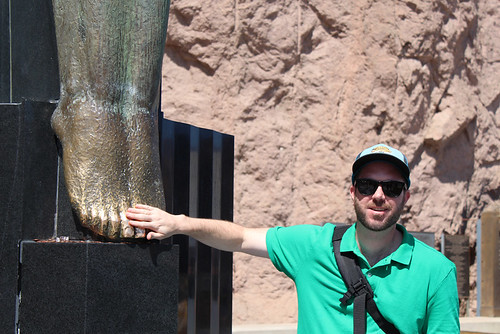 A compass, surrounded by the signs of the Zodiac, sits nearby. 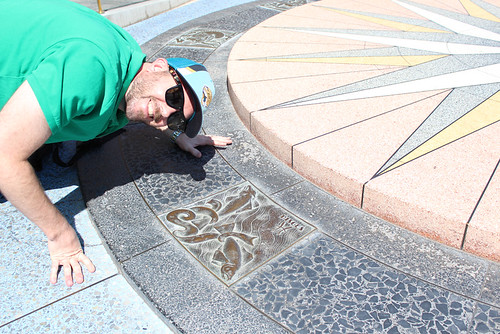 ^Pisces. Joel got in a smile in between yelling “Take the picture already! It’s hot!” 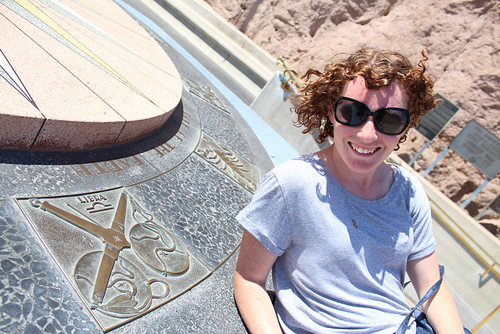 Before we headed on the road to our next stop, farther down the Colorado River (the Grand Canyon!), we of course got a selfie with the Hoover Dam. Then we ran to the car and blasted the air conditioning: 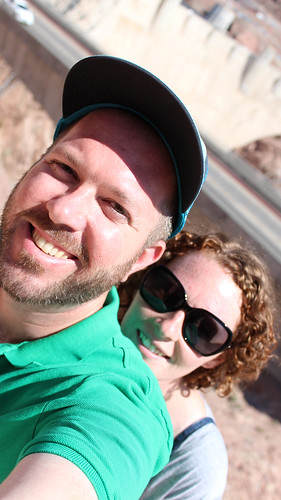 2 thoughts on “Hey there, Hoover Dam”