After we had our fill of the Dungeness ruins, we started to make our way towards the beach. There’s a few places up and down the island where there’s access and we had originally planned to utilize the one near Dungeness, but we were informed during orientation that recent rains had flooded the access. So instead, we trekked up to the Sea Camp beach access, by the more civilized of the campground sites. We heard varying distances from the dock to the beach access (.7 miles, 1.5 miles). We took the main road (which is unpaved) to the Sea Camp trail.

As we approached the beach, the live oaks trees made the most beautiful canopy, twisting and curving into a lovely tangle. 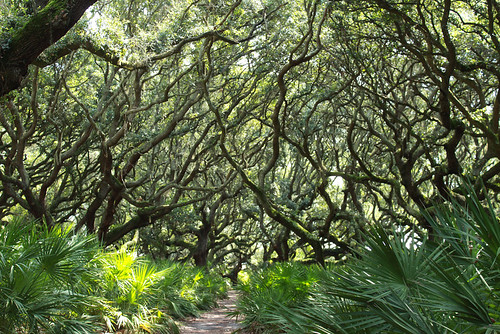 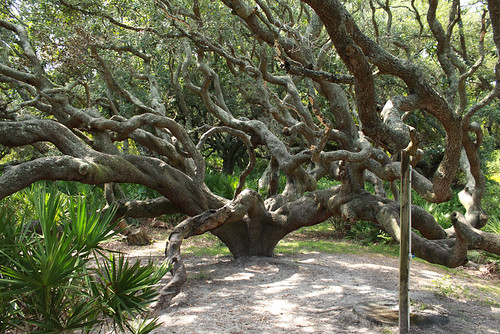 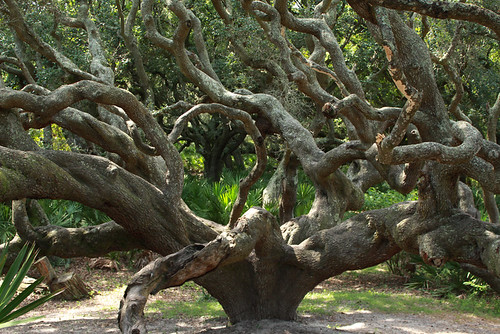 Just beyond the tangle, the sand dunes rose up. I was a little surprised at how huge they were. 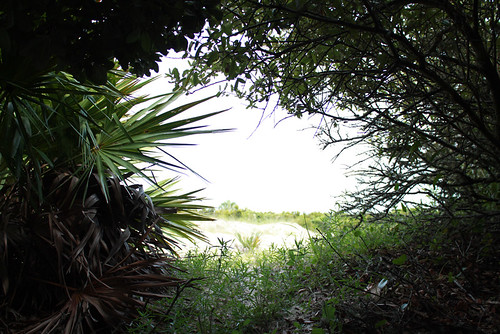 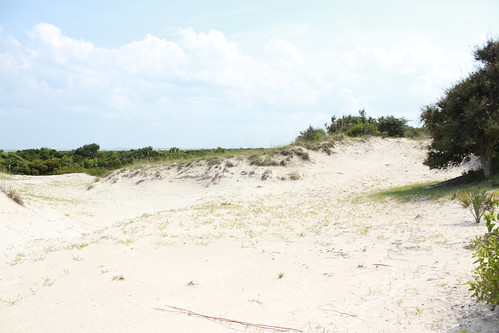 When we finally reached the beach, there was only a handful of people out. A few couples and a larger group. We headed south at least a quarter of a mile, so we were far, far away from even the closest person. When we looked south, there was not a soul. How many beaches can you go to in the middle of August and say that of? 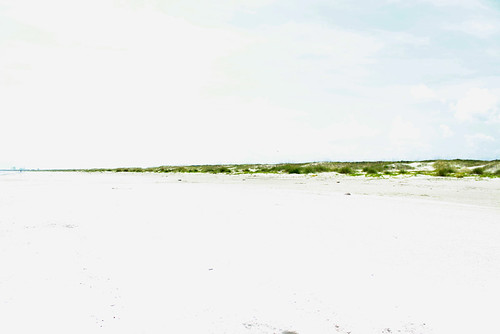 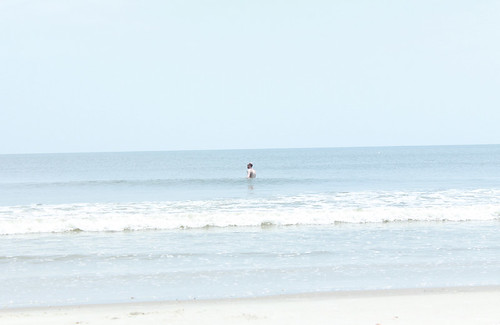 The water was heavenly. It was calm as could be. One of my main complaints about the ocean in August in the south is that its so warm its not even refreshing. The sun is hot as it is — when I go to the beach I want to go for a cool swim. Despite the calm waters, the water still ended up being refreshing. When little ripples came through, they brought cool water in. It was a good thing too — because the sun was scorching and it was a good 95 degrees that day. We ended spending a good four hours just relaxing on the beach.

We had scheduled to take the 4:45 ferry back, so a little after 3 pm, we packed it up and moved on. We headed back to the main dock that we had first gotten off on. We had a few minutes to kill so we just hung around for a bit.

Joel rested for a bit. 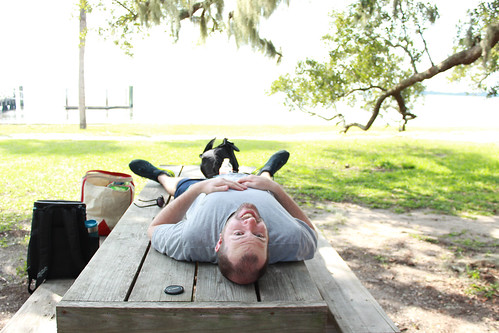 I played with the camera some more. 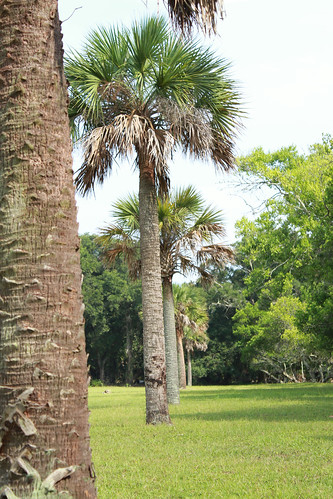 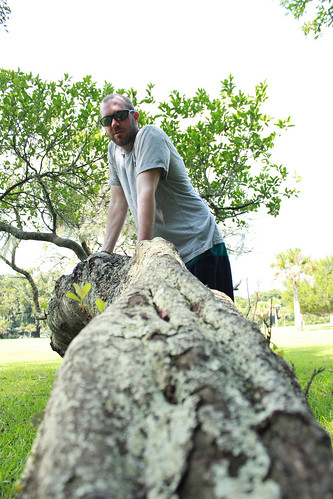 By the time the ferry came around, there were far, far fewer people on than the trip to the island. One of the park rangers who was waiting for the ferry with us said that most people take the earlier ferry in the summer. In fact, this is Cumberland Island’s least busy part of the year. According to the park ranger, when people come for the first time in the summer, its also their last time in the summer — they return during more pleasant times of the year! Can’t say I blame them.

It was a nice breezy ferry ride back to St. Marys. To be honest, we dozed during most of it. 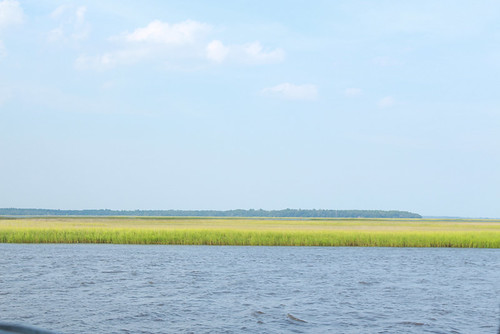 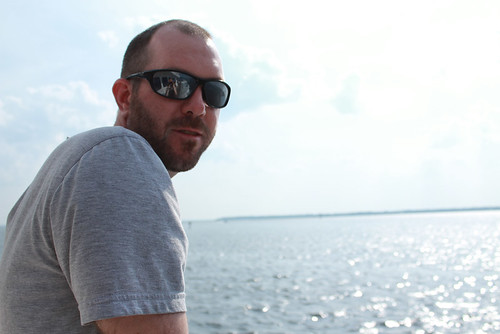 I’d definitely like to return to Cumberland at some point to explore the rest of the island. We saw only a fraction of it, so I’d love to rent bikes and check out places like Plum Orchard farther north. They’re $16 per day and only allowed on the main roads. We saw a couple on our hike back to the dock and they didn’t seem particularly pleased with them, but it may be worth a shot.

Now, onto crossing off the rest of my summer bucket list…