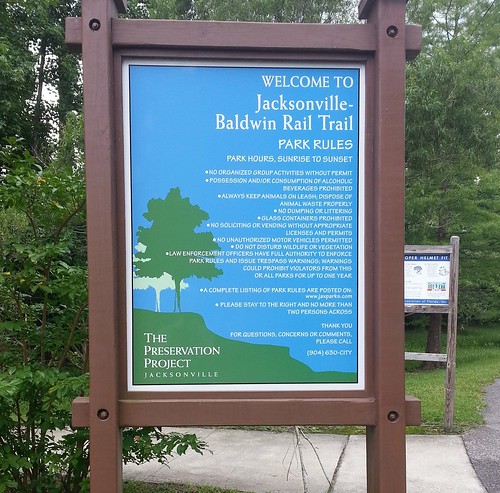 Since we bought bikes in June, we’ve taken them out for a decent ride exactly once, when we rode about two miles into Downtown to the Jaxsons Night Market. So for some reason, we decided our second outing, a month later, would be 29 miles.

Yesterday, Joel and I set out on a quest to ride the entire Jacksonville-Baldwin Rail Trail, one of my Summer Bucket List items. We threw the bikes in the back of the Jeep, grabbed our helmets and some water and drove over.

I first discovered the Trail when I was looking for trails to do some of my long runs on while training for the 26.2 with Donna. It’s built over an abandoned CSX rail corridor, 100 feet wide and running a total of 14.5 miles from end to end. I thought I had only been to mile six before turning back, until I remembered a particularly grueling 16-mile run I had done during marathon training, when I had gone down to mile eight. I guess I had erased that one from memory.

We began our trek at the Imeson Road end of the trail. I started off a little shaky, going pretty slow and steady. I’m not particularly steady on my feet, so you can imagine that I don’t do much better on two wheels. I eventually became more comfortable and was able to pick up the pace. I was even able to ride with one hand (big deal) after awhile. Small victories. Especially considering for the first three or four miles I REALLY wanted to wipe the sweat off my face but was afraid to let go. Anyway, the first six miles or so took awhile. We stopped to stretch, to check out some farm animals, to fix Joel’s chain after it came off, to wash off the grease from fixing the chain at the Camp Milton Historic Preserve rest area. 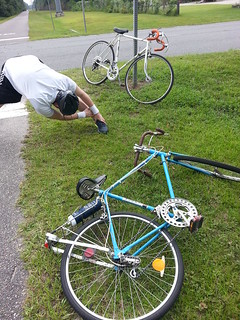 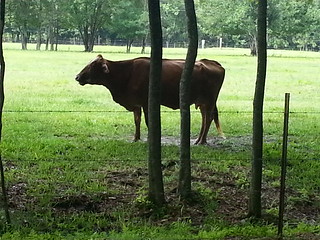 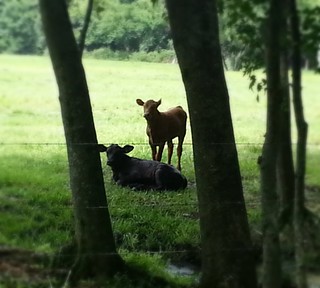 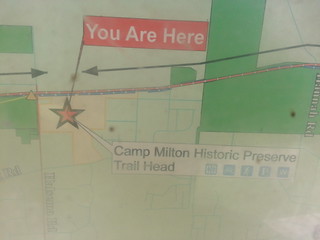 After leaving Camp Milton, we were able to pick up the pace for the rest of the ride. I was amazed at how quiet the rest of the trail was. Every few minutes we’d pass people those first few miles, but after mile eight or nine, we only saw a handful of people the rest of the way. At that point, it was much less residential too, with mostly just trees and a few random cable cuts until we hit the small town of Baldwin. 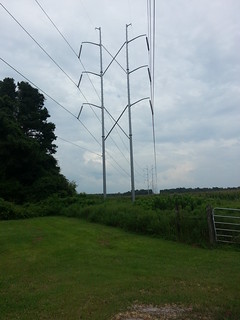 We made one more brief stop at the completely dead Baldwin rest area (literally not a soul around), to check out an old train car. Appropriate, I guess, for a Rail Trail. 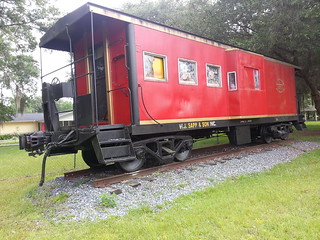 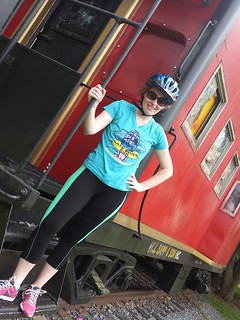 Joel made me pose on the car before we finished the rest of the trail. Once we got to the Brandy Ranch Trail Head, it dawned on us that we still had to make it allll the way back. I had been feeling good up ’til that point. Considering our very limited bike riding time up to that point, we probably should have done some shorter rides to get better accustomed to riding. Our asses hurt, hands were sore and, most importantly, we were STARVING. All we had was bagels at noon that day and it was 4:45 pm, with 14.5 miles between us and food. 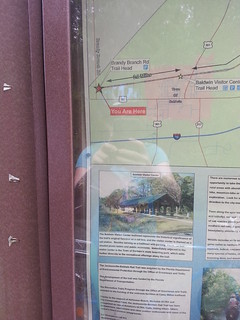 The ride back was a little less enjoyable for that reason. But it was a trip well worth it in the end. It was good exercise, good riding practice for me and a lesson in the need to plan better. One of the reasons I really wanted to do the trail (and want to do it again before the summer ends) is because we are planning to bike through San Francisco when we head up there in September. We’ll be biking from Union Square to Golden Gate Park, along the Pacific, over the Golden Gate Bridge and into Sausalito. Its about a 15-20 mile trek, which doesn’t seem too daunting, but we still need practice so that we’re not looking like fools.

So, we survived our first real bike ride, albeit on a flat, smooth trail. Any tips for us on urban biking?