I’m not gonna lie — the brick exterior of our house was a huge selling point for me. First, I love brick houses. Two, less maintenance. That doesn’t mean there was no exterior painting to do though — and Joel and I spent a lot of time trying to pick the perfect colors.

The doors, shutters and windows were this dull, pea green color when we bought the house. In bright light, it looked almost beige. I was not a fan. I did like the idea of green on the exterior though. And Joel’s request was for a red door. Well, when you have multi-colored brick, finding reds and greens that go was not a simple task. I ended up finding a few colors we liked while waiting to pick up our new patio set at Lowes. 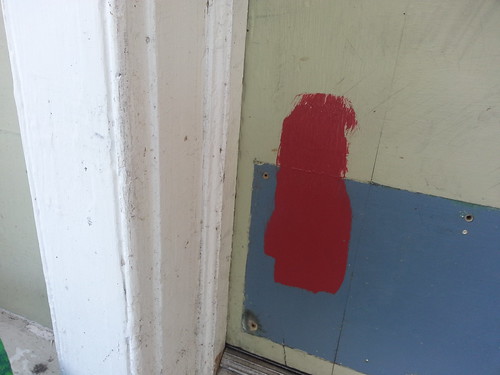 When I took off the kick panel on the door to prep for painting, I saw that at one time the door was actually blue. Odd color choice, but OK. We knew that we wanted to go with a slightly darker red and eventually settled on Valspar’s Sangria Red, a deeper color that matched some of the bricks. 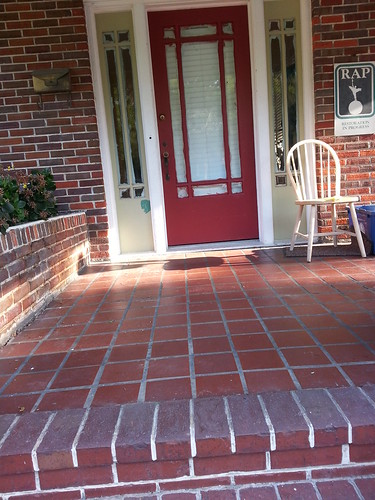 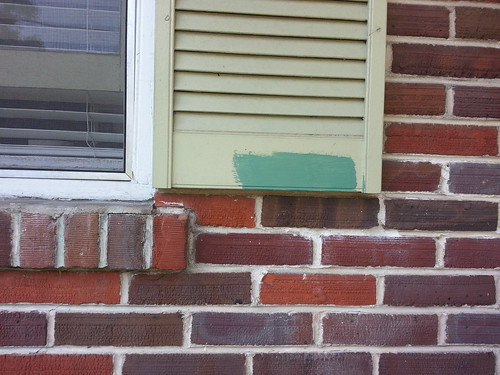 Above: first coat of red done with ugly pea green still on the side panels. The shutters with both the new and old greens.

Since we didn’t want the red to go TOO well with the brick, we painted the side panels the same green that went on the shutters and windows (and will eventually go on part of the awning). We chose Good Luck Charm from Valspar — I liked that it had slight blue undertones, which helped avoid a Christmas-y feel. 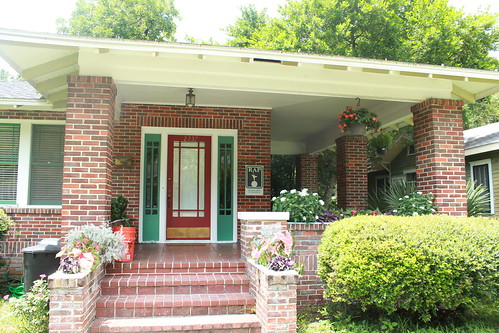 I’m really happy with the final product. The colors pop so much more than the old dull pea green/puke color. I still have a ways to go with finishing the exterior painting, but I have at least all the windows you can see from the road done. I attempted to reach the awnings, but at barely 5’4″ + a 6′ ladder, it wasn’t happening. 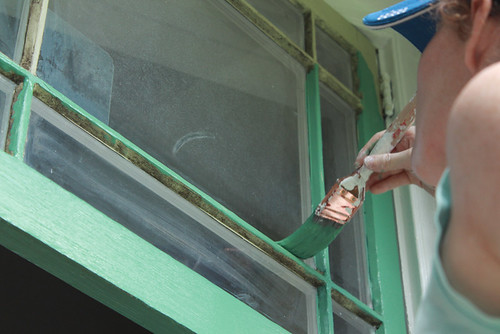 I finally got around to painting the windows that flank the fireplace a few weeks ago — the last ones in the public eye. Before I got even the first coat of paint on, a wasp stung me at the base of my thumb. After a mini-freak out, a few tears and a lot of ice, I soldiered on and got the painting done. 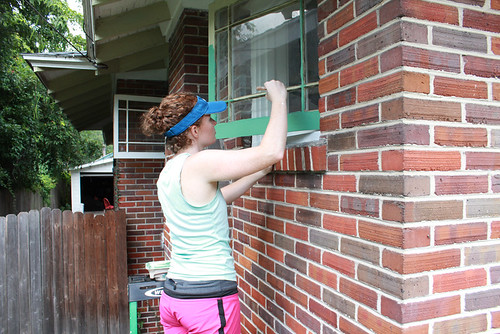 On another note, one thing we did when painting the door was use that as an opportunity to brighten up some of the old, dirty brass on the door. Some white vinegar, steel wool and a little time and the door numbers and kick plate looked like new! 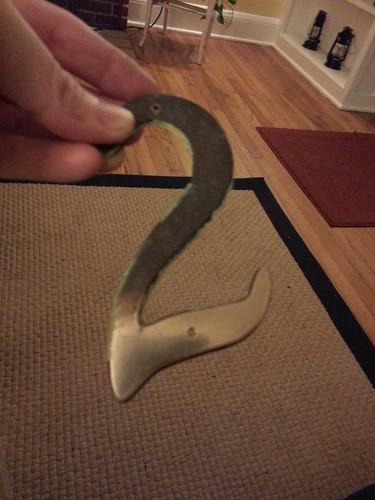 Above: Yuck. Half of one of the door numbers done. The difference is quite stark! 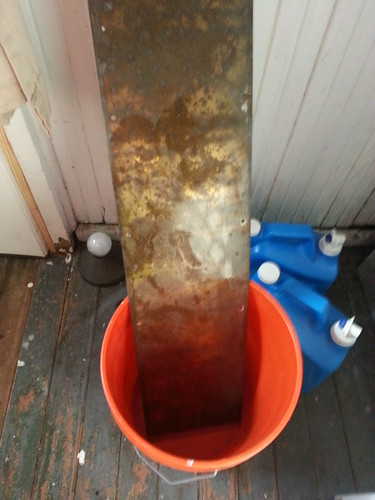 Above: The dirty kick plate. The clean version is visible a few photos above.

And, on one last note, I had some red paint leftover, so I used it to paint one of our new (old) dining rooms chairs. Came out pretty nice and matches perfectly a red stool we got for cheap at Target. The other two chairs in the picture below were done with the Behr Ultra White exterior paint that I used on the exterior window trim. 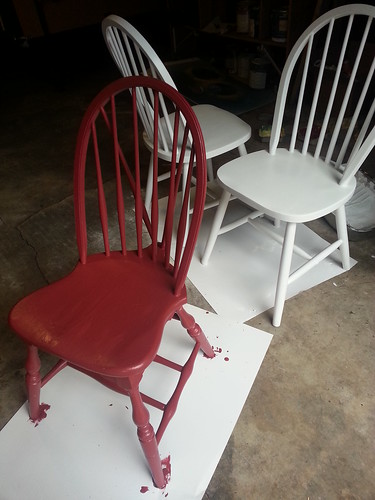